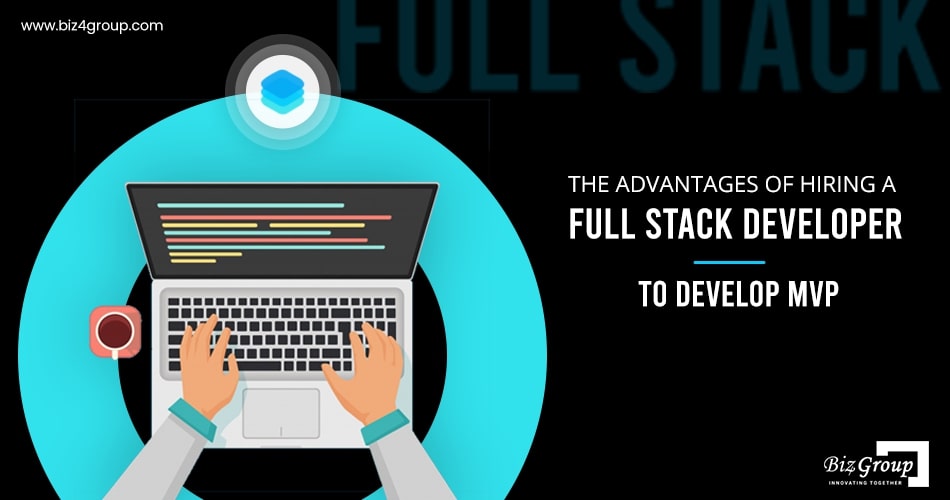 The Advantages of Hiring a Full Stack Developer to Develop MVP

The digital age is compelling every company, ranging from startups to established enterprises to jump the bandwagon and mark their online presence through web or app. Wait! This isn’t where the things stop; these companies do have to mark their exceptional presence and woo their potential customers. Otherwise, they will get lost in the tides of technological evolution. The trillion-dollar web and app industry has carved a new industry vertical altogether that works as a confluence for all other business types. Amid all these developments, MVP (Minimum Viable Product) has risen as the trending buzzword, which is helping companies in getting ahead in the competition.

The question here more important than anything else is – How is MVP helping companies in the field of app and web development?

MVP can be considered as the cerebral support or the backbone of a mobile app or web app. MVP has become a quintessential part of the development process since Agile methodologies have taken precedence in the web and app development processes. Once the ideation and brainstorming session for the prospected mobile app or web app takes concrete shape, an MVP is created. This helps the developers in getting feedback from a sample clientele and also enables the developers to test the features of the application. This way, instead of developing the complete mobile application and then changing the same as per the user feedback, developers have a chance of testing the same app in the initial phase.

Further, this saves the investment, efforts, and time for both the company and the developer team. If the app needs any changes, then they can be directly made in the MVP and processed for quality assurance. In short, MVP reduces the risk of product/ mobile app failure post-launch to a great extent.

Why Must a Full Stack Developer be Chosen to Develop an MVP?

MVPs are created in a way that they can present the minimum essential features to a selected audience. As per their feedback, the final product can be shaped, and additional functionalities can be added.

Front end – the visible part of the website, which corresponds to the user experience, is developed using the front-end languages like HTML (HyperText Markup Language), CSS (Cascading Style Sheets), and JavaScript. Furthermore, the frameworks and the libraries used for development are – Angular JS, React JS, Bootstrap, jQuery, SASS, and others. Not just this, the grid system is used to make the UI more responsive. With several more text editors and chrome dev tools, the design aficionados at Biz4Group ensure that your web application comes out in the exact shape as you have envisioned it to be.

Full Stack Development also includes the server-side development of web app or site, to manage database through queries and APIs by client-side commands, termed as back-end development. Major languages that count in are PHP, C++, JAVA, JavaScript, Python, Node.JS, etc. And, in the matter of libraries, Oracle, MongoDB, SQL are used by our brainy developers. Therefore, we can say that front-end, back-end, and database together form the full-stack development.

‘Quality’ holds the utmost importance in IT services, especially when it’s about Full Stack Development. With the Agile Methodology and rigorous quality testing processes, full-stack developers ensure that all functional and non-functional requirements are fulfilled through the final project. Further, the prototyping or MVP phase practices essentially help in identifying the ‘microservices’ and delivering the final product just as the targeted customers need.

Because, full-stack developers are well versed in technologies that are utilized in both client-end and server-end development, notably front-end, back-end, and database development, they can handle the development and quality testing of MVP and further can expand the same as the final mobile app product. Their expertise over the latest advancements in programming and app development keeps them ahead of others.

The idiom, ‘killing two birds with one stone,’ comes adequately true in the context of full-stack developers. As with a full stack development team, you need not worry about the client-end or server-end, you can rely on them for the development of the complete project and that too in a cost-effective manner.

Instead of hiring different tech experts and programmers for your project, you can handover the development to one team. This is not just the cost-efficient way but also a better way in terms of constant communication between the developers and project owners.

Expertise in Developing the Design Structure

As most of the full stack developers follow the agile methodology in the app development process, which essentially includes phases of wireframing, prototyping, and MVP construction before the testing, the resultant apps do have robust, reliable, flexible, and efficient design structure. Further, to add, their expertise in coding and use of databases and libraries help them better handle the UI/UX. In other words, we can say that hiring a full stack development company or team as a project partner is just like an all-in-one solution for your project idea.

A full-stack development team can take over full ownership of the project and deliver the expected positive results better than others. As we have already discussed that full-stack developers are considered as the ‘T’ shaped professionals in the industry, they can ably handle end-to-end projects or can also hop in midway to take ahead the work.

Being the industry leaders, we suggest that you should rather onboard a complete team of seasoned full stack developers from the beginning, or if you are already in the mid of the project, it’s better to handover the remaining MVP development to the team of full-stack developers. They can navigate the project better and can also conduct quality assurance and final deployment of the project.

Project Delivery Within a Stipulated Time

Fast, effective, and efficient are the advantages that come along when full stack development team is onboarded for the development of an MVP project. The team of developers divide the work equally amongst themselves and work responsibly to deliver the final MVP within the stipulated time. Therefore, we can state that whatever timelines are decided in the phases of project ideation and wireframing can be dutifully realized when you are working with a team of full-stack developers.

As per the agile methodology, the MPV or app development doesn’t end with just the testing and deployment; in fact, it stretches further to the maintenance and upgradation phase as well. The fact that full-stack developers are the most updated and all-round experts with newly rising technologies, languages, databases, libraries, APIs, etc. makes them the best fit to take care of end-to-end MVP project. Once the positive responses are received from the sample audience on the base features and model of the MVP, the same team can further work to create the complete application and also take care of maintenance.