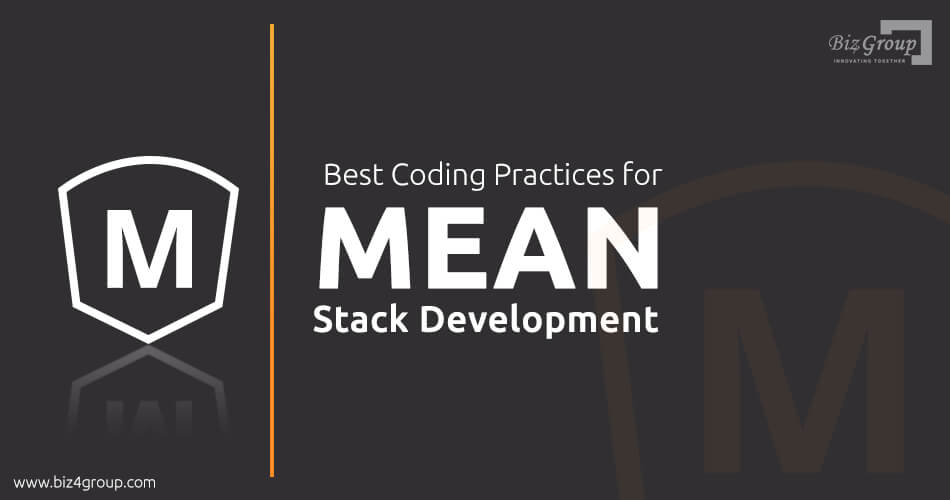 Over the past few years, the application development market has seen tremendous growth in every aspect – whether it be the reach of applications among the masses, the number of jobs in the market it has grown into, or the number of technologies that are available right now. Out of all those technologies, JavaScript is something that keeps popping up every time. Because JavaScript has had a greater number of frameworks and libraries that any other dev language. That is why it has become a popular choice of language for development for most developers out there.

This proliferation has also given rise to an issue that is as simple and straightforward as it could be – keeping up with it. This really dynamic nature asks the developers to keep learning the new syntax and rules; which is both good and bad. And as for any other technology, there are certain tips or “best practices” that if you follow, would result in a cleaner, more efficient code. This article explores a few of those best practices that could help you in becoming a more professional developer. But first, a quick introduction to this MEAN stack.

MEAN is an end-to-end application development stack based on JavaScript that comprises MongoDB, Express.js, Angular and Node.js, hence was coined the acronym MEAN for it.

MongoDB is an open-source database based on the NoSQL form which is now more popular than ever. Instead of the conventional relational model of database, it uses the object-oriented structure where data is stored and retrieved in the form of objects, similar to a JSON object.

The major advantage of using MongoDB is its ability to handle a database of any scale all the while keeping up its performance. Adding fields in the database is relatively easier as compared to the relational or SQL model and that too could be done without reloading the entire table (called a collection here). And this also accounts for its dynamic nature. A database with frequent updates in the structure could be handled easily in MongoDB. An application using MongoDB can upload and retrieve a large number of data objects accurately and efficiently.

Express.js is a Node.js framework that makes interactions between the frontend and the database. Express.js is flexible and easy to use, at the same time full of features. The connection between the frontend and backend when configured and managed through Express.js, it helps to keep logic to frontend and backend separately. As it is a Node.js framework, it also helps in rendering server-side pages through templating functionality, sometimes even full applications.

Express.js also has great error handling capability. It uses the CommonJS module which serves kind of a testing module for the backend application. It prevents us from creating duplicate variables and helps keep the global namespace clean.

Angular is one of the most popular JavaScript frameworks for frontend. The biggest advantage of using Angular is the structure of the app it provides. You can use regular HTML in a separate file, the usual way with just little modifications for Angular extending the usual HTML.

Features like data binding and dependency injection ease the level of code and make it ideal for all kinds of single-page applications. Whether it be mobile or web, Angular is widely used. The most useful implementation of Angular is to build cloud-native applications.

Node.js is a JS runtime environment which runs along with the server-side JavaScript code. It is a cross-platform technology and it helps in creating dynamic web applications on the server-side – before even making it interact with the user on the client-side.

Node.js applications can be very easily scaled to fit user needs and thus is a popular choice for developing the backend.

As we saw that except for MongoDB (which in itself is a database), each of these technologies is based on JavaScript. This makes interaction and interoperability between these components smooth and connections seamless. Together they form the MEAN stack. Now we’ll see some of the best coding practices to follow while dealing with these technologies and with MEAN stack as a whole.

1. Use HTTP methods and API routes

2. While creating RESTful APIs for basic CRUD operations, you should use the predefined routes PUT, POST, PATCH, DELETE, GET. Also, the name of the routes should use nouns and must be according to the use case. For eg. A route to delete a student from a college app the route must be DELETE /student/:id

4. Properly use status codes: While error handling is an important part of any function, HTTP services must also follow the same. To indicate the status of a request, proper status codes should be used.

Some other miscellaneous or general coding best practices are:

2. Keeping the code functional and simple.

3. Create index files for each folder or module and use them to keep track of the contents. This also boosts the application’s performance.

4. Embrace the feature of reusability in modern development languages. Be as less repetitive as possible.

5. Avoid using timeout functions for request resolve and redirection. Instead, use observables and behavior subjects.

6. Divide the project into modules and identify the scope of services

7. Application should be divided into folders, modules, components and services based on the scope of services, data sharing and size of the application.

MEAN stack is certainly not new and it’s not going to survive the trend for long. But all the while when it’s here, you can probably follow these coding practices which could not only keep your clients happy and you less tense, but can also help you in becoming a better full stack developer.